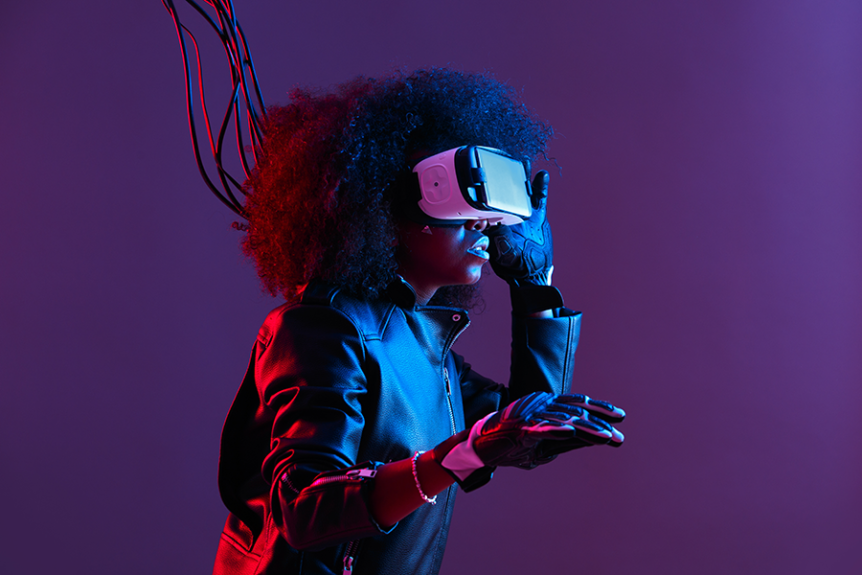 Augmented Reality: AR allows users to view and interact with digital objects in the real world. In other words, when you see the real world augmented with digital objects, This is augmented reality. Imagine you want to buy a piece of furniture – like a chair. Using Augmented Reality, you can check how different chairs in the room look and how they look Choose the one that fits best. In augmented reality, users see and interact with the real world while adding digital content. If this sounds unclear, consider Pokemon Go – Millions of people around the world use their smartphones to find small virtual creatures. This is the most vivid example of augmented reality.

Virtual Reality: VR allows users to experience a three-dimensional environment. Virtual reality is probably the one you’re most familiar with. VR is the term used to describe a 3D computer-generated environment that can be explored and used to interact with a person. The person is immersed in this virtual environment and in most cases is able to manipulate objects or perform a series of actions. Many people are familiar with VR by using a head-mounted device (HMD) such as the Oculus Rift, HTC Vive, or Google Cardboard. If you want to learn more about HMDs, read this blog post. Less well known to the public is that there are many different types of virtual reality systems, such as VR caves or VR cinemas, designed for use in the science and engineering industries.

XR is an all-encompassing term that includes AR, VR, and MR technologies. XR can mean AR, VR, or MR, but not the other way around. VR places our reality in a fully simulated world; AR adds a digital overlay to what we can see; MR is like AR but also Allows us to interact with objects in the virtual world. XR is when you can’t tell the difference between the virtual world and the real world. XR is AR, but AR is not XR.

Microsoft XR technology is changing the way business is done.

As the world as we know it continues to evolve and respond to the changes of the last couple of years, companies know they need to connect with their audiences on new platforms. Conventional digital engagement landscapes are saturated; the future requires something more immersive. As a result, we’re seeing innovators search for new ways of redefining what XR can do.

Microsoft HoloLens unboxes a new world of possibilities for the manufacturing industry. This amazing piece of technology helps two persons at different places interact with each other as if they were standing face to face in the same room, which makes interaction easier than a phone call or an email. This will work the best when a technician is not available to troubleshoot a problem with important equipment or a machine. HoloLens would play a key role in fixing the issue, as it can contact a technical person who can investigate the problem and guide the on-site person to address the issue fast. Also, training sessions will be a lot more productive. HoloLens will also be taking the field of product development to the next level by enabling live 3D modeling, collaborative rapid prototyping, and interactive brainstorming whiteboards.

The ability to train employees using a mixture of physical and virtual environments is one of the biggest selling points of XR in the workplace, and IBM’s research suggests it’s for good reason. VR-based training can reduce training time by 40 percent and boost employee performance by up to 70 percent, compared to traditional training practices.